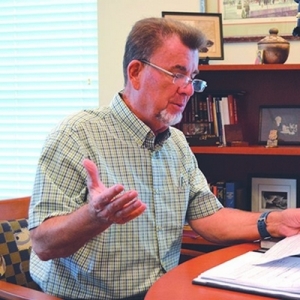 Vern was born in Lincoln, Nebraska to Salvation Army officer parents. He served in the United States Marine Corps during the Vietnam era from 1967-1969.

Vern earned a B.A. from East Carolina University and an M.A. in Biblical Literature from Asbury Theological Seminary. He has done post-graduate studies at Emory University’s Candler School of Theology and has served in recent years as an adjunct faculty member at Trevecca Nazarene University.

Vern married Martha in 1975 and together they have three married children, daughters Anna and Sarah and son Booth. Each live with their spouses in Brooklyn, NY, Bonita Springs, FL and Nashville, TN respectively. The Jewetts have six grandchildren ranging from 1 to 10 years old.

As active officers Vern and Martha served in five corps appointments and at Territorial HQ in Atlanta. They served for nine years on the faculty of Evangeline Booth College in Atlanta with Vern serving six years as Principal. Next came six years as the divisional leaders in the North and South Carolina  Division. Their final appointment was as the divisional leaders of the Florida Division from 2008-2014.

In retirement Vern served from 2014-2017 as the founding Director of the Southern Territory Social Justice Research Center, an initiative in partnership with Trevecca Nazarene University.

For twelve years Vern served as the speaker on the Salvation Army’s international radio programs “Heartbeat” and “Wonderful Words of Life.” Vern has traveled extensively to speak and teach around the world. In the past few years he has taught in the UK, Kenya, Tanzania, Eastern Europe, Sri Lanka, Argentina and the Caribbean as well as across the USA.

Vern and Martha moved to Port Charlotte in January 2018 where Vern enjoys tennis, golf, fishing and his library. 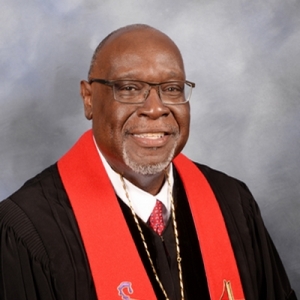 James Edward Swanson Sr. is the resident bishop of the Mississippi Conference of The United Methodist Church. His tenure began Sept. 1, 2012, with his first public appearance one day earlier to the conference’s Seashore District. He went there to be with those affected by Hurricane Isaac. The hurricane made landfall on August 28, 2012, causing additional devastation to Mississippi coastal communities recovering from Hurricane Katrina seven years earlier. Swanson listened to the people of Mississippi and discovered values deep within their hearts—love, generosity, justice and apprenticeship—thus, becoming the Core Four Values of the Mississippi Conference. It is from this Core Four that the churches seek to center their unique ministries. However, none of these values are accomplished alone. Swanson travels the Mississippi Conference teaching, “We are one Church in 1,030 locations.”

His contagious spirit of hospitality, a determination to excel at being “the you” God created each person to be and spirited preaching has helped bring life, laughter and light to congregations in the Mississippi Conference and beyond. He continues to emphasize that winning people to Christ requires risk-taking love, and crossing old boundaries to discover where the Holy Spirit is at work. He is modeling with the extended cabinet how coaching can revolutionize ministry. Cabinet members and other conference groups meet each month to be trained in loving, learning and leading. Because of this coaching, Swanson continually asks Mississippians about their “glory sightings“—where they see God at work.

Swanson was elected a bishop of The United Methodist Church during the 2004 Southeastern Jurisdiction Conference. He was assigned to the Holston Conference where the episcopal office is located in Knoxville, Tennessee. Swanson served the Holston Conference for eight years. Under his leadership, the Sudan Mission was initiated. The fruit of this initiative were congregations grew from three to 30, a residential home for Sudan’s district superintendent was built and used as a training site for clergy and laity of South Sudan. Plans were laid for Holston to raise funds for the campaign, Imagine No Malaria in Sub-Saharan Africa, resulting in $1.2 million dollars being raised.

Bishop Swanson is currently completing his second quadrennium (2016-2020) as the president of the General Commission of United Methodist Men . Swanson is a member of the International Association of Methodist Schools, Colleges and Universities (IAMSCU). He also serves on the board of trustees for Emory University, Gammon Theological Seminary, Rust College and Millsaps College.

Swanson has preached, lectured and led workshops in over 20 nations worldwide and throughout the United States.  He and his wife Delphine Ramsey Swanson, have six married children and 18 grandchildren. 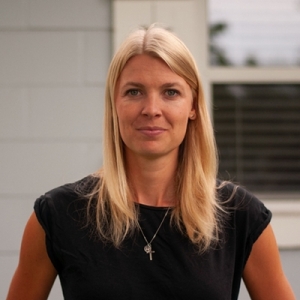 Miriam Swanson is the Global Student Mission Leader for Fusion Movement. She works to help local churches reach and disciple college students and equips students to share Jesus with their friends. She moved to the US from the UK a year ago, married Ben who is from Florida, and now lives in Jacksonville. Miriam speaks all over the world, is passionate about being and sharing the good news and truly believes in loving our neighbours. 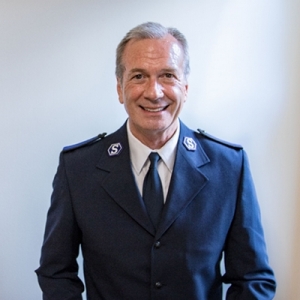 Bill was raised in Taiwan, the son of United Methodist missionaries. He received a B.A. in History from Asbury College in 1978. For the first year of his graduate training, he studied at the Institute of Holy Land Studies in Jerusalem.  After completing an M.Div. at Asbury Theological Seminary, he received his doctorate in theology in 1991 from Drew University in Madison, New Jersey.  Bill taught Systematic and Historical Theology at Wesley Biblical Seminary for nearly twenty-four years. Since 1997 Bill has served as the preacher on a nationwide program under the auspices of American Family Radio, entitled “The Hour of Holiness.” These messages are available on podcast. Bill has taught Sunday School weekly, preached, and led seminars for over forty years. For five years the Urys pastored Elizabeth City Evangelical Methodist Church. In 2017 Bill and Diane began a ministry within the Salvation Army as National Ambassadors for Holiness.  Bill has written Trinitarian Personhood and The Bearer: Forgiveness from the Heart. Along with five workbooks on discipleship, he co-authored In His Image, a study on holiness.  Diane and Bill have raised four children, all of whom are married.  Above all they are the proud grandparents of three brilliant and handsome grandsons and one absolutely wonderful granddaughter. 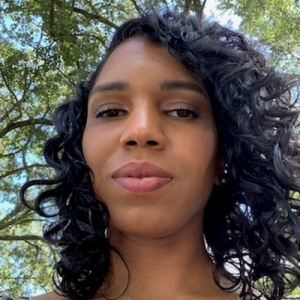 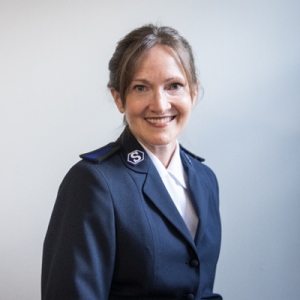 Diane Nelson Ury is National Ambassador for Holiness with The Salvation Army. Originally from Lapeer, Michigan, she attended Asbury College in the early 1980’s, where she met her husband, Dr. Bill Ury.  They married in 1984. Diane earned a B.A. in Sociology from Asbury College in 1983.  Her seminary education began at Asbury Theological Seminary, and she holds a Masters of Arts in Theology from Wesley Biblical Seminary, 2008. She is an ordained Elder in the Evangelical Methodist Church and loved being pastor to Young Adults.  She has taught Basic Bible Doctrine, and Basic Theology for people in the EMC ordination process.  Diane is a Bible teacher, mentor, and disciple maker. Her deepest commitment is to her family and home.  She and Bill have four married children, JoAnna, Maddi, Meredith, and Seth – all graduates of Asbury University; three grandsons, and one granddaughter. Traveling, reading, and wonder are her favorite pastimes.  Diane’s passion is knowing the Triune God deeply, and she loves to encourage others to hunger for Him and His Word. 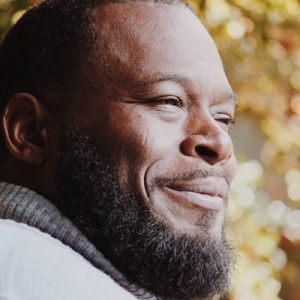 Ronnie Murchison is a worship pastor for The Salvation Army and has served in this ministry for the past 17 years. Born in a small town in NJ where he lived his childhood and teenage years he would discover connecting with people was made easy through music and his gift of musicality begin to grow and make room for him. Over the next several years his gifts would take him to three different continents as well as place him on the same stage with professional, secular and Christian artists throughout his time as an independent musician.
Ronnie has played and sang on several albums, not to mention his own debut album “Break Through”,released in Dallas, Texas in 2015. Murchison continues to write and create music for all to hear making sure not to lean in one direction or genre but allowing the Spirit of God to lead him.
Ronnie has the ability to lead worship in both English and in Spanish, which sets him in an excellent position to be used by God in this day and age. God has used him to draw out the remnant of people who may have never stepped up or seem to be unlikely to be used or find themselves in the background coming out to the forefront. He has been instrumental in the early development and spiritual awakening of numerous musicians and artists helping them to discover God’s purpose for their lives.  His heart is to simply be obedient to God and to following the footsteps that have been laid.
Some might consider him a really good musician, some may consider him an awesome worship leader but if you were to ask him what he considers himself his answer would be a cup, someone simply being used by God and that’s all any of us could ever ask for.
Ronnie is a father, a son, and married to his angel, Marisol, which round him off and keeps him grounded.  Ministering to his own life and to his own family first he considers himself the first partaker of any ministry that God has for his life.

Join us on October 24th at 10:00 to grow in your understanding of holiness – how God wants to give Himself to you to transform you into the image of Jesus. Join us to learn how you and others can join TOGETHER in a small group to grow closer together as you Walk closer with the Holy Spirit.

Join us to learn and be SENT OUT, joining God’s Mission to spread this Good News to others that they, too, can be saved and changed by the Life-giving Power of our good and loving Father!

This conference had a very minimal cost. If you would like to support this conference and ongoing resourcing in a small way through SAdiscipleship.​org, that would be most helpful!

Click to Help Cover the Cost!
Scroll to top